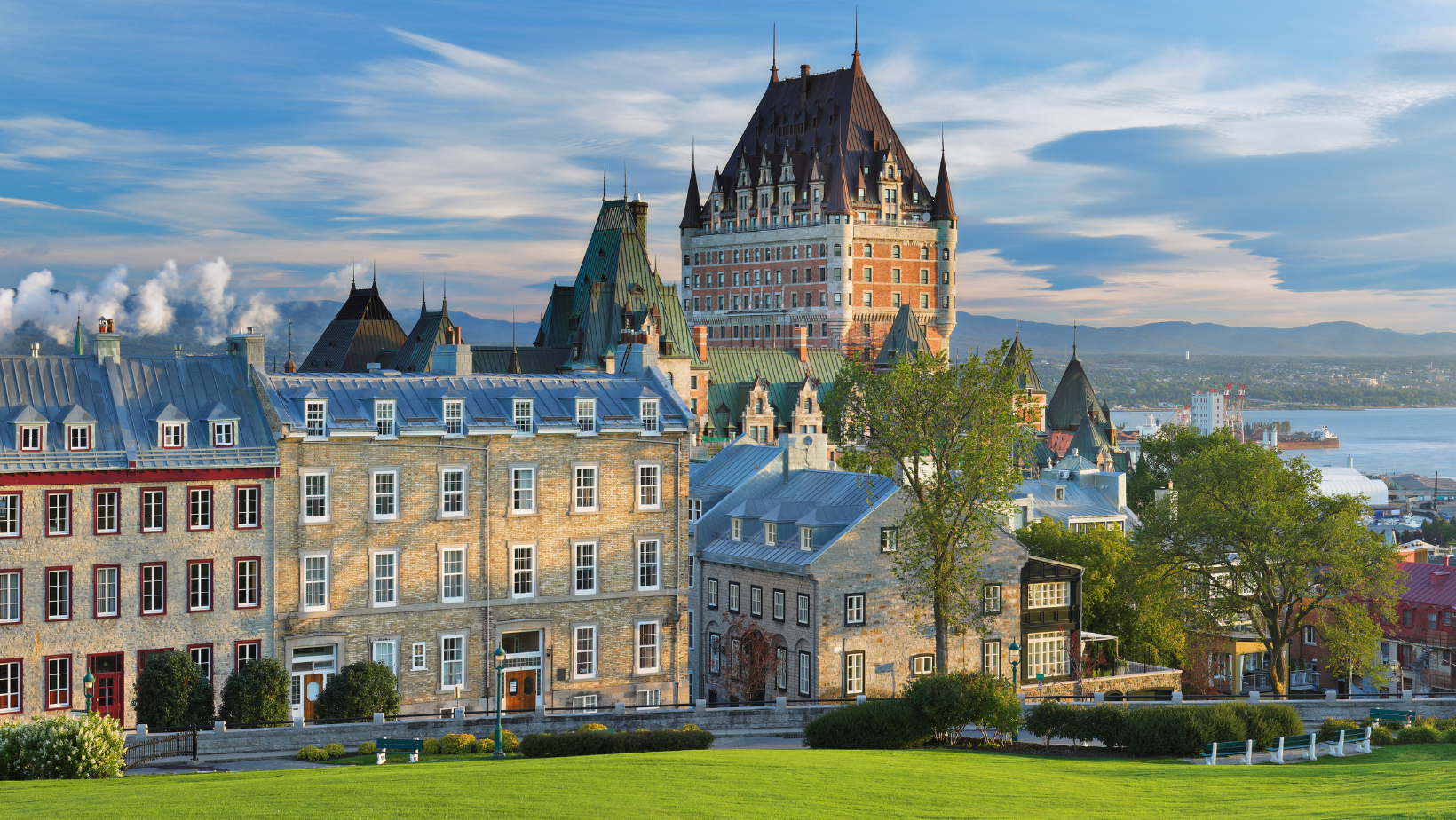 Planning to visit Quebec this summer>?Want to make sure you have a memorable experience on your next trip to la “Belle Province”? Here is the best Quebec City 3 day summer itinerary put together by long time travelers to the provincial capital.

When you arrive at the “Old Capital” as they refer to it in Quebec (la Vieille Capitale) you will sense the difference. There is a noticeable effervescence. Now if you arrive by air don’t bother with a car rental. Take an uber or cab straight to your hotel.

There are many hotels we can recommend and the notable ones are obviously the Chateau Frontenac, the Clarendon and the Manoir Ste Augustine. They are all amazing properties. But there is one small gem right in the heart of the old town and that’s the Hotel du Vieux Quebec on St-Jean street.

HVQ as it’s referred to is a very special property. From the moment you check-in to your check-out the staff serve you with enthusiasm and a smile. Then the rooms will take your breath away. While it’s not rated a five star, the quality of the bedding and pillows are noticeable.

If you can get in early on day one, it’s now time for lunch. After you’ve settled in grab your phone and walk into rue St-Jean and go to your right and across the street. You can read more of our review here.

In the hotel is a great restaurant. Here you’ll find an extended selection of French standards.

After lunch start your walk to the left up St-Jean street. Walk past the shops and cafes until you get to the St-Jean gate. Here you can make a left on d’Auteuil and walk up the hill. You’ll notice the next gate, Kent Gate. You can walk up to it and walk upon the fortifications and keep going to the St-Louis gate.

The first gates were built in the 17th century during the French regime. Others were added at the time of the British regime in the 18th century. British authorities, wary of any attacks, wanted  to be able to block access to the city from all sides. Guarded by soldiers, the gates were closed at night, thus isolating the upper town of Quebec from the surrounding area.

Over the years the walls underwent demolition and rebuilding. Since they constituted a serious obstacle to urban traffic, some gates were definitively removed in 1871, to allow better access to new centers of development: the station, the port and the suburbs. However, three gates still exist today. They were rebuilt for easier modern car and truck access. Nowadays, six accesses allow to enter the interior of Old Quebec.

From here you can go outside the gates and follow them to the walls of the citadelle.

The Citadel of Quebec is a fort located on Cap Diamant. Adjacent to the Plains of Abraham, it is an integral part of the fortifications of the old city. The cities of Quebec and Campeche in Mexico are the only two cities in North America that have kept all of their fortifications, including the enclosure.

The star-shaped fortifications that can be seen today were built between 1820 and 1832 under the direction of Lieutenant-Colonel and British Royal Engineer Elias Walker Durnford (who was inspired by the French engineer Vauban) and incorporated a section of the French defensive wall of 1745. These were to serve to secure the heights of Cap Diamant against a possible invasion by the United States and as a refuge for British troops. The Citadel of Quebec was said to be impregnable (its defensive function and its geographical location earns it the nickname of “Gibraltar of America”).

The preservation of the majority of the fortifications of the city of Quebec is due to the intervention of Frederick Hamilton-Temple-Blackwood, Lord Dufferin, Governor General of Canada from 1872 to 1878, who made the Citadel his official residence.

This set is made up of ramparts, or walls, 4.6 km long and almost entirely encircling the upper town of Old Quebec at the eastern end of Quebec Hill. In addition to the actual fortifications and their four gates, the current national historic site is made up of military buildings and spaces built between 1608 and 1871 and intended for the defense of the city. This mainly includes the Citadel of Quebec, the three Martello towers, the Circle of the Garrison, but also the Forts of Lévis on the south shore. It also includes other notable buildings, such as the Artillery Park and Barracks, and the Esplanade Powder Magazine.

You can walk along the top of the walls until you get to the point. Here the gazebo will tell you this is the way to the Promenade des Gouverneurs.

The Promenade des Gouverneurs runs along the Citadel and leads to the Parc des Champs-de-Bataille, also known as the Plains of Abraham.

Named in honor of Governor Lord Dufferin, it is in a way an extension of the Dufferin terrace, which is in front of the Château Frontenac. This Is a great walk with fantastic views of the St-Lawrence river where you can take amazing pictures

It takes you back to the Dufferin Terrace and the Chateau Frontenac. Continue your walk to the Champlain Statue. Champlain’s statue is a tribute to the founder of the first colony here in 1608. He’s a revered historical figure here in Quebec City. One note however about Champlain. To this day his burial site remains unknown.

Now after a good walk and exploration it’s time for a break. You can cross Place d”Armes and go on rue Ste-Anne. You can find a few bistros here or just around the corner you can go to le D’Orsay. A fine gastro pub, but we recommend it for dinner over just drinks. But nothing says you can’t do both.

And so at this point it might be later in the day. Time to freshen up at the hotel and get ready for dinner.

Dinner suggestions for your first night can be any of the following. Look them up here

Ultimately, all of these are within walking distance of the hotel.

For your first evening you might consider a boite a chanson: folk singing at a local pub or bistro.