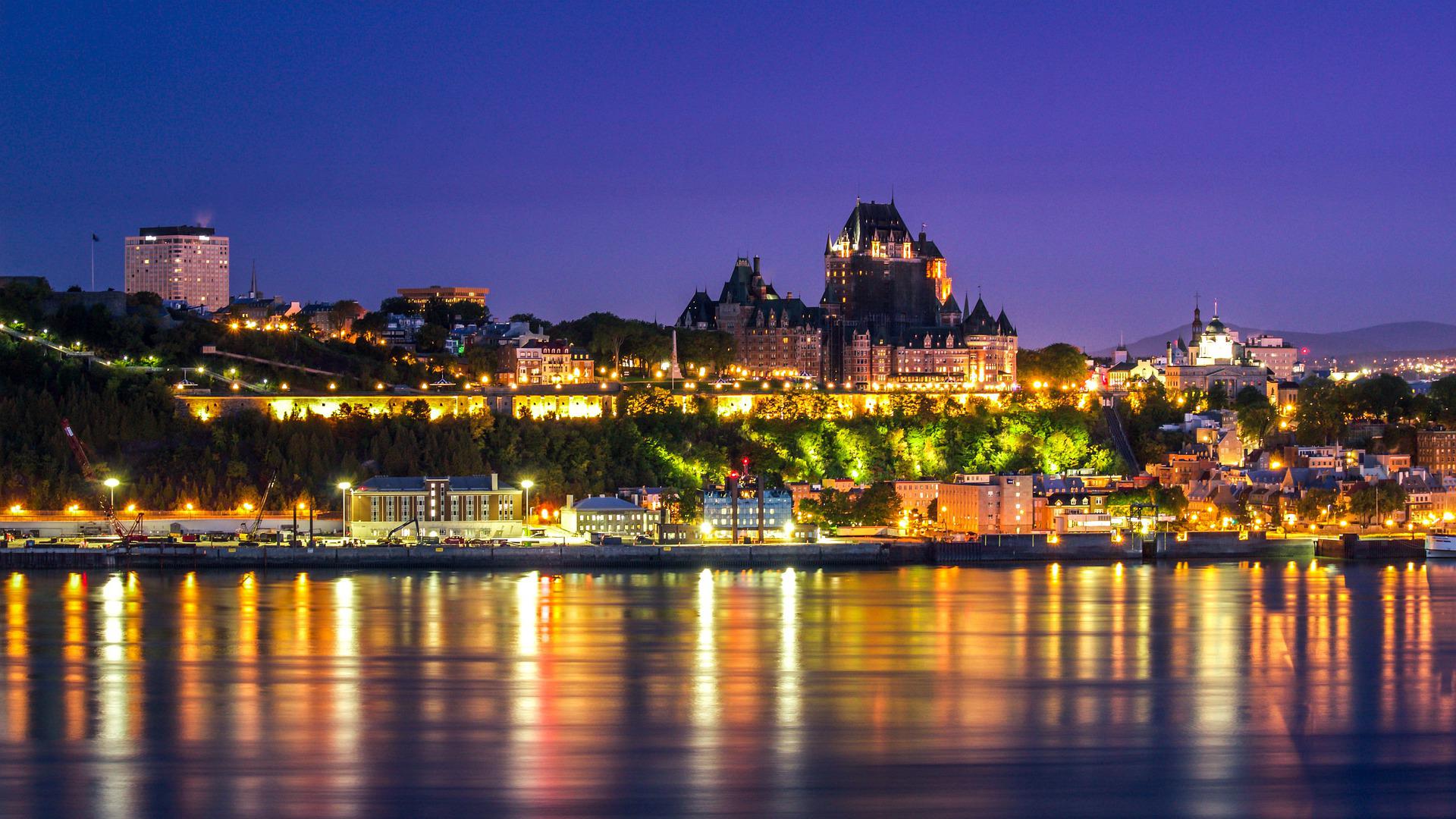 Québec is a fascinating place. It’s history is closely tied to our own here in the US. Before you visit Quebec City, read up a bit more on some of the significant moments that made it the city it is today.

Driving into the Quebec City

If you are driving from Montreal on route 20, you will have a chance to cross the Pont (Bridge) Pierre Laporte. Next to it you will see a very important historic bridge still in use today. The Quebec Bridge. From the Laporte Bridge follow signs for Boulevard Champlain. This is a great road to take as it will wind under the bridges. You’ll enjoy the drive along the St-Lawrence on your way to Québec City. How did the name Quebec come about? What does it mean?

There are a couple of explanations. One has it that as Cartier’s ship first sailed upriver on September 14, 1535, and the steep cliffs below what is now Cap Diamant came into view, a Breton sailor exclaimed: “Quel bec!” (What a peak!).

Another, more widely accepted explanation says that Quebec derived from an Algonkian word meaning “narrows”. Quebec is the first point on the St. Lawrence where the channel narrows to less than a mile.” For this reason, let’s remember, the high position and narrowing river, make it a natural defense point on the river.

The first European to see Quebec was Jacques Cartier. He found, atop the cliffs, a native village, Standacona. He stayed a few days, but returned the following year and even went further upriver, where he planted the Cross at Mont Royal in what is now Montreal.

It was Cartier’s Breton sailors who noticed that the Native Americans who came down to the shore to greet them wore long shiny coats of greased beaver fur, coats they were happy to exchange for a few trinkets. – It seems that Cartier attempted to establish a small trade settlement at Cap Rouge, about 4 miles from Québec, in 1541. It wasn’t a success.

Cartier discovered Québec, but Samuel de Champlain established the first real European settlement on the site. This was his Habitation, located at the base of the cliffs, in what is now Lower Town. We’ll be exploring it here together. The date was 1608.

For the next forty years, the colony remains small and isolated. A British admiral, David Kirke, in 1629, captures Quebec without a shot being fired. Three years later it was returned by treaty.  The settlement began to prosper with the fur trade. Although the nominal head of the colony was its Governor, very often the man in charge was the Intendant, an official sent out from Paris to act a sort of business manager. One of the best Intendants was called Jean Talon and it was under his direction that the colony began taking steps to self-sufficiency with shipbuilding and iron making.

French and English Fight Over Quebec

In 1690 the British again attempt to take Québec. A fleet under the command of Sir William Phipps lays siege to the city. But Frontenac, probably the colony’s bravest governor, refuses to surrender. Eventually, the British had to withdraw.

The third British attack on Québec is successful. Taking place in 1759, a small army of British troops climb up the cliffs and battled the French in a field just outside the walls of Upper Town. The fields are known then as The Plains of Abraham. The commanding General was James Wolfe. The French are defeated, their General Montcalm is killed. Also with the fall of Montreal in the following spring, the Empire of New France comes to an end.

Read more about the rich history before you visit Quebec City.