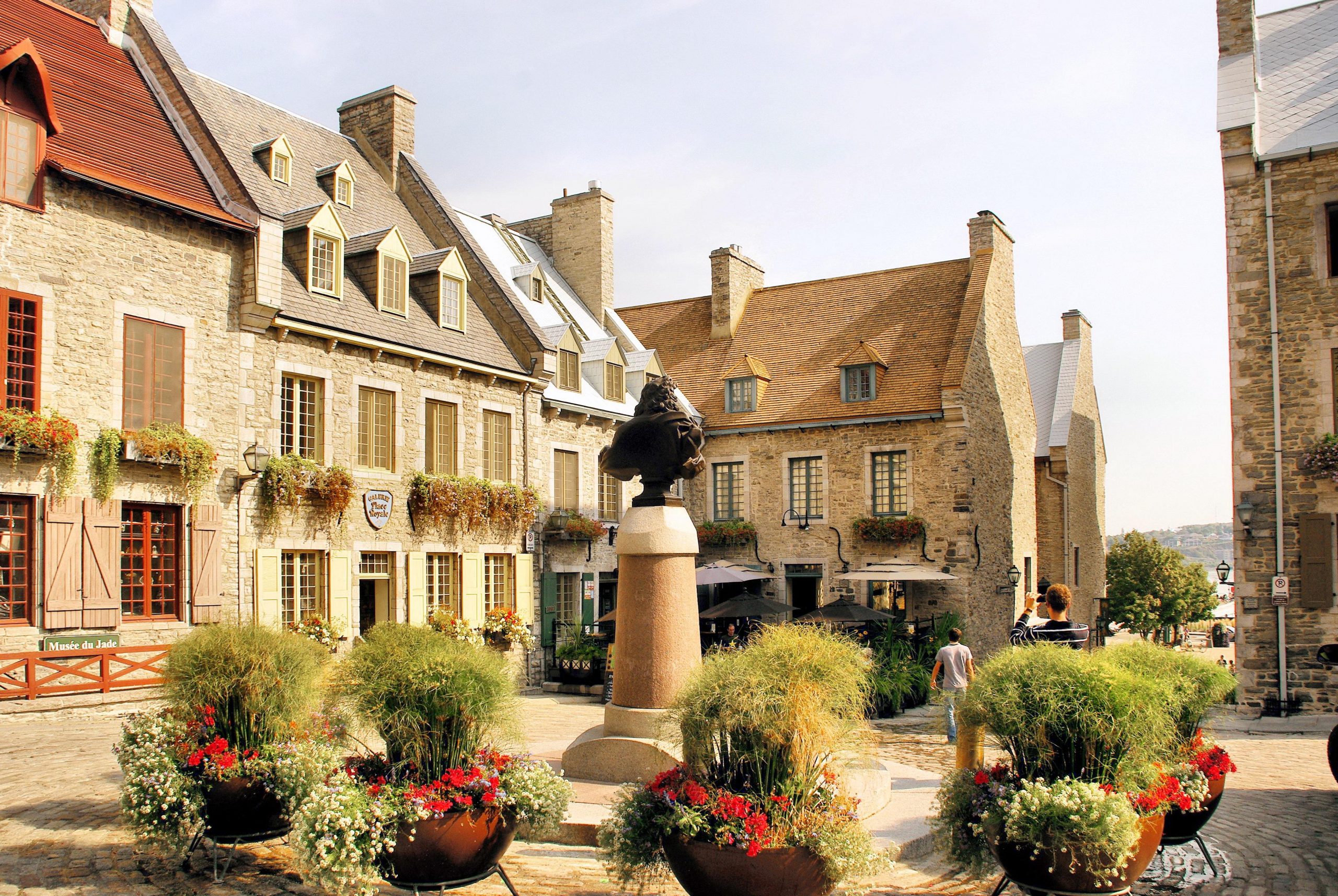 You can easily walk to other famous Quebec attractions such as Le Quartier du Petit Champlain and the Chateau Frontenac. Rue du Petit Champlain is one of my favorite places in Quebec. A fun, small street that takes you back to a small European town. If this is your first time in Quebec, you will be absolutely surprised at the European feel of this part of lower town.

When you spend 3 days in Quebec, you will probably walk around  le Quartier Petit Champlain and Place Royale several times. I walked along Dufferin Terrace many times in my visit to Quebec City. Admiring the view of the Saint Lawrence River, Lower Town and l”Ile d”Orleans. From the waters of the Saint Lawrence River, I saw Quebec from a completely different perspective. I enjoy the panoramic fromt he top of what is called Cap Diamant. 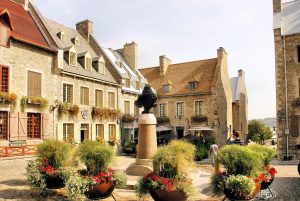 Directly in front of the Château Frontenac is the Dufferin Terrace. It is a wide path that connects the Chateau Frontenac with the Citadelle de Quebec and the Plain of Abraham. At the Pierre-Duguas-de-Mons terrace, the terrace becomes the Promenade des Governors, a tree-lined walkway leading to the Citadel. No summer trip to Quebec is complete without a walk along the Governor’s Promenade, a giant promenade along the cliffs.

Summer walks are one of the best ways to appreciate the many historical details of  Old Quebec,. Quebec is a UNESCO World Heritage Site since 1985. During the summer months, the streets of Old Quebec are crowded with horse-drawn carriages carrying families and couples. The cobblestone streets are some of Canada’s oldest. Did you know that most of the cobblestones used were used as ballast for ships coming to the colonies? They were loaded onto ships unloaded as they loaded up on minerals and goods from the colonies to ferry back to Europe.

Late spring and summer are the months when the terraces of Old Quebec restaurants come alive, with locals and tourists soaking up the beautiful old town vibe while enjoying delicious food and drinks along the way. While Quebec’s summers are amazing, let’s not forget all of Quebec’s winter events like Carnival.

Quebec City is as warm as any other North American city during the summer. As it is on the river, evenings can be cool. So plan for a light jacket or fleece. Good walking shoes are a plus. Check he weather if any rain is in the forecast. But otherwise the city is quite easy to explore on foot rain or shine during the summer months.

In addition to stunning views of Old Quebec, it’s nice to feel the cool breeze of the St. Lawrence River after walking on a hot summer day. You can take a ferry across the river to Lévy for one of the best shots of Quebec, although the viewpoint on the edge of the Citadel, just past Old Quebec, is the best photo spot in my opinion, especially at sunset.

If you don’t have a car, you can afford to stay in other parts of Quebec as there are several car parks in Old Quebec where you can leave your car for the day. But we highly recommend to park your vehicle and walk to every location. You will have a better experience in soaking up the magic of the city.

At the height of summer, when Quebec is full of tourists, you will find me on rue Saint-Joseph Est in Saint-Roch, on rue Saint-Jean in Saint-Jean-Baptiste and on avenue 3e (Troisieme) in Limoilou where I can enjoy the quiet side and local life. I thought the two day trip to Quebec City was long enough to get a good idea of ​​Quebec City, but short enough to leave me with something to do on a future visit. Or, if you’re visiting during the warmer months, a great workout on cheap city bikes and biking all over Montreal. Quebec is, of course, perfect to visit at any time of the year – summer with long days and lively nights, winter when Quebec is covered in deep snow, or spring when the city wakes up from its deep sleep – but autumn is probably my favorite time to visit.

Thanks to ongoing conservation efforts, ancient Quebec has been preserved for centuries. Today, the city’s fortifications are a Parks Canada Stewardship National Historic Landmark that stretches nearly three miles around Quebec, connecting visitors with more than three centuries of French and British military history. Just below Dufferin Terrace, you can visit the Fort Saint-Louis and Château National Historic Site, the seat of power and official residence of the Governor of Quebec from 1620 to 1834, now managed by Parks Canada. Some of the sights you can see include Notre-Dame de Victory, one of Canada’s oldest stone churches, which marks the birthplace of the Canadian province of Quebec; the active military installations of the Chateau de Quebec; and the old fortifications around Quebec.

As day turned to night, we took a short stroll through Place Royale, the Petit-Champlain district and the famous Notre-Dame-de-Victoire church. On the tourist map, the Rue du Petit Champlain looked just behind the Chateau Frontenac, but we didn’t actually see the street behind the historic hotel, historic hotel.